(QNO) - Vice Chairman of the Quang Nam provincial People’s Committee Tran Van Tan received the delegation from diplomatic missions, foreign and domestic press agencies on June 17 when they had an experiencing tour to Quang Nam.

At the meeting, Vice Chairman Tan said Quang Nam has potentials for tourism development. Before the outbreak of Covid-19, Quang Nam tourism had developed strongly.

In 2019, Quang Nam welcomed 7.79 million visitors (60% among them were international visitors).

Vice Chairman Tan hoped the delegation could enjoy the beauties of Quang Nam via the progamme called “Experiencing Quang Nam”  in the districts of Tien Phuoc, Nui Thanh and Tay Giang.

Then, the provincial tourism resources and products will be popularized around the world.

Quang Nam strives to become a major tourist center of the country by 2030.

It is a golden time for the local tourism industry to activate its tourism promotion strategy. 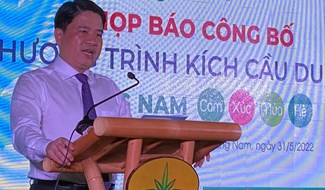 (QNO) - A press conference on a tourism stimulus programme called Quang Nam- A Touch of Summer was held on May 31. It is one of the six themes of the National Tourism Year- Quang Nam 2022. 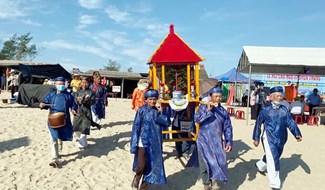 (QNO) - Fishing villages and their typical values are considered precious tourism products that may help to nourish and preserve local cultural characters. 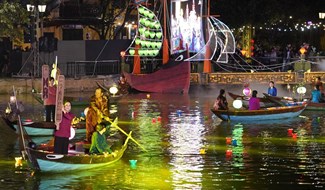