VOV.VN - The India Times recently published an article highlighting the country’s emergence from a quiet nation to one of the world's best tourist destinations.

The article outlines how celebrity chef and author Anthony Bourdain made a significant contribution to elevating the country’s image to the wider world.

“People are put on Earth for various purposes. I was put on Earth to do this: Eat noodles right here,” said Bourdain during his visit to Vietnam.

The globally-renowned chef always felt a special connection with the nation, dating back to the first time that he showcased Vietnam back in his 2002's show A Cook’s Tour in Episode 3 of Season 1. Little did the world know that the door opened by Bourdain would come as a blessing in disguise for the country. Indeed, its tranquil seaside would see a transformation so great that it would attract generations of travelers, all of whom are curious to learn more about local culture.

Approximately 20 years ago, Vietnam was not hugely popular among international travelers. In general, people were still travelling in traditional ways, including ready-made tours, according to the article.

The article added that in the country’s case, food played a major role in reviving the tourism industry. Major credit must go to celebrity chef and author Bourdain as the world took inspiration from his adventures and grew curious about the various taste and sights of the country. This led to Vietnam's first batch of travelers who also kick started the first generation of adventure tourists, leading to backpacking to become a popular activity.

The early 2000s were largely slow due to social and political unrest throughout the region, although local businesses got the idea that travelers from the West will come and will want to explore. In order to make it more accessible and welcoming, cities like Ho Chi Minh and Hanoi started to open up backpacker-friendly options specifically for these small tribes of international guests. Other small towns and cities quickly followed suit and started making their locations more traveler-friendly.

In addition, access by air was made easier with the opening of airports in places like Da Nang and Nha Trang, with these picture perfect locales now being made accessible to the world and boasting beautiful locations and interesting food for visitors.

While Western adventure travelers are typically on a mission to take as many off-the-beaten paths as possible, Asian travelers have not followed the changing trend. The curiosity to check out what attracted the Western travelers in the first place has been a big thing among tourists from Asian middle-class societies with disposable income.

This has led to mass tourism, with places such as Hue being popular for its history, Quang Binh province for spelunking, Sa Pa for its iconic paddy fields, and Nha Trang for picturesque beaches. Other popular places include Mekong Delta for its iconic waterways and Phu Quoc for its underwater adventure, leading Vietnam to quickly rise as a hot destination everybody wanted to experience.

Bourdain’s love for pho immediately comes to mind in relation to food tourism. In the last decade, Vietnamese cuisine has become a hit globally. Thanks to various food shows on television, YouTube, and other social media platforms, rice paper rolls (gỏi cuốn), pho, and banh mi have become popular choices of food while eating out.

One of the greatest Vietnamese attractions is therefore the street food scene. It is affordable, easily available, and has plenty of variety, with street food in Vietnam possessing its own unique charm. Experiencing a destination’s unique culture through its food is be a terrific activity to do, the article explained.

It concludes that in a span of less than two decades, going from an underdog destination to a tourism hotspot, Vietnam has developed a long way in a relatively short period of time. It now Draws the interests of photographers, foodies, culture and history buffs, and thrill seekers, meaning it is safe to say that Vietnam is here to stay as a popular tourist destination. 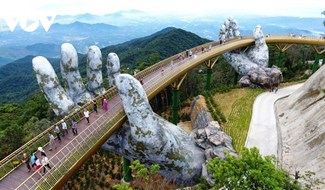 Hoi An – one of the world’s leading destinations

(QNO) - Hoi An city (Quang Nam province) has just been selected as one of the best places in the world to be visited in 2022 by the readers of Travel+Leisure. 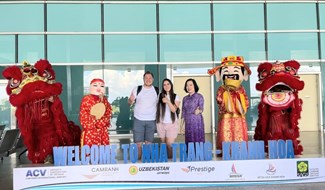 VOV.VN - The Khanh Hoa Provincial Department of Tourism in collaboration with Cam Ranh International Airport and Amega Tourism Co., Ltd. on June 15 welcomed 140 tourists on board aircraft from Tashkent, Uzbekistan.