(QNO) - The Vietnam - Japan cultural space in Hoi An will be maintained regularly. It becomes a symbol of good and sustainable traditional relationship between the two countries.

At 06 Nguyen Thi Minh Khai Street (Hoi An city, Quang Nam province) is a Vietnam - Japan cultural space where local people and visitors can learn about Japanese culture, the friendship and good traditions between the two countries Vietnam - Japan.

It also help to diversify the tourism products of Quang Nam province.

Earlier, the Vietnam - Japan cultural space was opened in Hoi An city on the occasion of APEC 2017, to serve tourists, especially Japanese, when visiting Hoi An world cultural heritage. 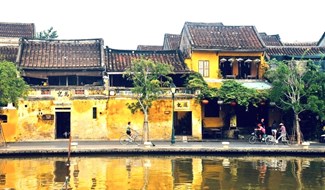 Hoi An- a nominee for Asia’s leading cultural destination

(QNO) - Hoi An ancient town in Quang Nam province has just been nominated for the leading cultural destination in Asia at World Travel Awards (WTA) 2022. 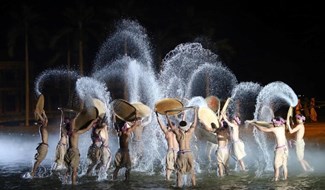 (QNO) - Hoi An Memories Show, which is a spectacular outdoor visual art performance with the participation of 500 actors and actresses, becomes attractive and impressive to visitors all over the world to Hoi An.