The province said the performance would begin at 4pm at the UNESCO-recognised world heritage site in Duy Phu commune, 40km from Hoi An, featuring a series of cultural performances, arts and handcrafts demonstrations throughout the day.

Visitors will explore the old culture of Cham people and the Vietnamese community by joining exhibitions and demonstrations of wood sculpture, weaving, terra-cotta, cuisine and the beauty of the Cham tower complex.

My Son Sanctuary – a UNESCO-recognised world heritage site – has been well preserved since it was built thousands of years ago during the prosperous development of the Champa Kingdom between the 4th and 13th centuries.

French archaeologists and researchers found the My Son Sanctuary earlier in 1885. The first excavation and research on the Cham towers began in 1898-99 by Louis Finot and Launet de Lajongquere.

My Son Sanctuary is still a unique and mysterious archaeological site, and it remains a research centre for Cham culture – a defunct civilisation in Asia, according to local archaeologists.

In celebrations of the opening of the National Tourism Year, the ancient town of Hoi An will host a balloon festival on Hoai River Square on March 25-26.

Meanwhile, a Balloon Day will be hosted by Da Nang city, marking the restart of international flight when Singapore Airlines and Thai Vietjet carry the first international tourists to Da Nang on March 27.

The Vietnam National Administration of Tourism will grant a 5-star rating to Silk Sense Resort, the fifth resort in Hoi An attaining the standard.

It’s also the first resort in Hoi An boosting the use of environmentally friendly products, including paper/bamboo straws, paper bags and paper cups.

The opening ceremony of the national tourism year will be organised at the Hoi An Memory Island – a sandbank natural emerged on the Thu Bon River banks – on the evening of March 26.

Quang Nam – home to the two UNESCO-recognised world heritage sites of My Son Sanctuary and Hoi An town, and the world Biosphere Reserve Cham Island-Hoi An – plans to host 4.4 million tourists in 2022./. 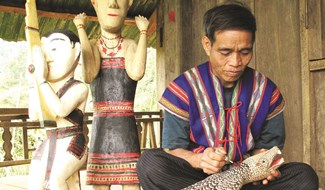 (QNO) - Cultural heritages of ethnic minorities in the mountainous districts of Quang Nam province are rich, diverse and unique. If they are preserved and promoted, there will be a positive change in tourism, including creative tourism in Quang Nam. 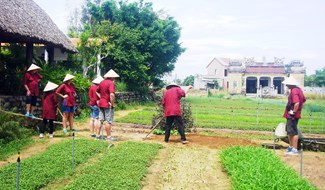 Agro-tourism development in Hoi An

(QNO) - Hoi An city (Quang Nam province) is developing tourism in association with agricultural production and services in rural areas for local economic development in the new normal, making sure of the dual goal of economic recovery and effective prevention and control of Covid-19.