(QNO) - Hoi An Memories Land (Hoi An city, Quang Nam province) has just been honoured as the World Leading Entertainment Destination 2022 at the World Travel Awards in Oman. The award was dubbed "the Oscar of the travel industry".

The show consists of nearly 500 actors performing on a 25,000m2 real stage with modern sound and light systems. Hoi An Memories was honored as “The most beautiful show in the world” by Reuters.

Hoi An Memories was screened at Times Square (New York, USA) in 2019.

Since its debut in 2019, the show with more than 2,000 performances attracted more than 2 million visitors and created a prominent point on the international tourist map.

Hoi An Memories Land is a complex of tourism, art performance, entertainment and resort & spa in the middle of the Thu Bon river in Quang Nam province.

The art performance features the daily life activities of Hoi An residents including silk trade, ceramic production, folk performances, busy trade and the Japanese, Chinese and European cultures to Hoi An trading port via merchant ships during the 14th century. 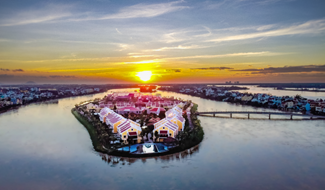 Impressiveness in Hoi An Memories Land

(QNO) - Hoi An Memories Land, where the opening ceremony of the National Tourism Year – Quang Nam 2022 will take place, is one of the leading destinations for green tourism, cultural and artistic experiences. 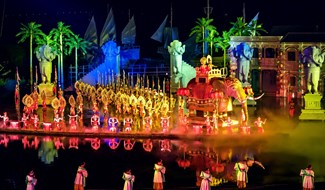 (QNO) - The Hoi An Memories Land has just been reopened, a start of various attractive cultural and art events to welcome Christmas Day and New Year in Hoi An city, Quang Nam province.