(QNO) - Hoi An is located in Vietnam's Central Quang Nam province.  It is a peaceful ancient town with a mix of Western and Eastern architecture, including Vietnamese, Japanese, Chinese and French architecture. The town witnessed an influx of visitors in 2022.

Hoi An market is described as a symphony of sounds, colours, and smells.

Hoi An is on the coast of Quang Nam province. It used to be an international trading port in the 15th century that is well preserved and was recognized as a world cultural heritage by UNESCO in 1999.

The architecture there is considered to be charming and attractive to visitors.

There are many ancient houses in Hoi An open to the public, several of which are owned by the descendants of the merchants building the houses.

Tan Ky ancient house is an example of them. It was built two centuries ago, not far from the Japanese Covered Bridge, and passed through 7 generations.

Visitors can find Japanese and Chinese architectural styles inside the house. 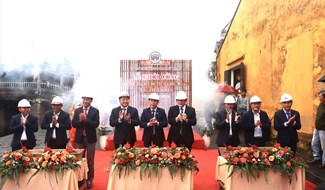 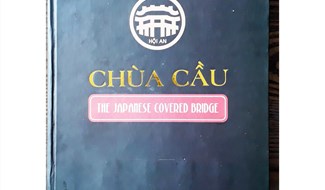 Book about the Japanese Covered Bridge