(QNO) - Hoi An city of Quang Nam province is among the places with the beauty of the intersection of past and present where visitors can enjoy the magnificent architecture and ancient spaces.

Hoi An was recognised as a World Cultural Heritage by UNESCO in 1999. It has been well-preserved till now.

Hoi An used to be an international trading port in the 16th century where visitors can find some vestiges remaining. Japanese covered Bridge is one of them.

Besides, there are a lot of houses, temples and pagodas in ancient Vietnamese, Chinese, and Japanese architectural style.

Coming to Hoi An, visitors may also indulge in the nostalgia in some modern architectural spaces of hotels and resorts.

Besides Hoi An, there are 8 other cities around the world, including Toledo and Granada in Spain, Civita di Bagnoregio and Pompeii in Italy, Cairns in Australia, Xiamen in China, Krakow in Poland, Rothenburgin Germany. 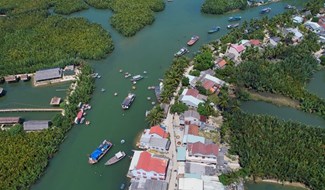 Hoi An with an embellishment

(QNO) - Hoi An was recognised as a World Cultural Heritage by UNESCO in 1999 and becomes famous for its beautiful scenery and diverse culture. 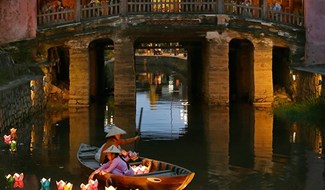 Things in Hoi An attractive to visitors

(QNO) - As a Quang Nam provincial city located on a bank of the Thu Bon river, Hoi An is considered the most beautiful cities in Southeast Asia.