Hanoi (VNS/VNA) - WWF Vietnam will continue to help Long An in domestic solid waste management as the provincial authorities decided to expand a model of waste separation at source in wards in Tan An city as well as other districts and town in the southern province.

On November 19, the Long An Provincial People's Committee decided to continue maintaining the model of waste separation at source in Ward 3, Tan An city, as well as to expand the model to all wards in Tan An as well as its remaining districts and towns.

In collaboration with Tan An URENCO and relevant authorities, the waste separation at source model will be maintained and implemented in Ward 3 and expanded in Ward 1,2,4,5,6 of Tan An city, even after completion of WWF’s supporting activities.

In addition, the Long An provincial People's Committee also tasked other districts and towns to study, develop plans and implement waste separation at source models in their respective management areas.

The Department of Natural Resources and Environment of Long An province is responsible for supporting the models, as well as the public, while implementing them in localities.

“Having worked with Long An on a number of projects, WWF Vietnam works to assist local residents in understanding the importance and benefits of waste separation at source. We hope individuals shall alter their attitudes toward plastic waste to extend the life of plastic materials and conserve sustainable natural resources. Only then will we be able to fully utilise the plastic material, advance a circular economy, and contribute to Vietnam's environmental protection and climate change response," said Dr. Trinh Thi Long, WWF Vietnam project manager.

To support the model, WWF Vietnam also launched a communication campaign to encourage the local community to separate waste at source. The campaign key message is conveyed through folklore elements, presenting refreshing and familiar feelings to the locals.

WWF Vietnam has implemented the Long An Waste Management project as part of the Mitigating Marine Plastic Debris in Vietnam project with support from the Long An Provincial People's Committee and funding sources from the Ministry of Environment, Nature Conservation and Nuclear Safety of the Federal Republic of Germany and German steel manufacturer Kaldewei.

After a year of implementation, this project has gained remarkable results. To date, the project has supported the development of the province's Waste Management Action Plan, and implemented a pilot model of waste separation at source in Ward 3, Tan An city, with over 4,800 households.

The project also funded necessary equipment including approximately 10,000 trash bins for households, two box trucks for separate collection of sorted waste, as well as promoting the benefits of waste sorting and providing training to about 1,000 officials and residents on waste separation at source, thereby eliminating spontaneous waste piles in the pilot region. 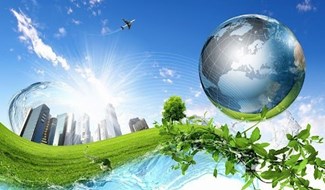 Tokyo (VNA) – Vietnamese Minister of Natural Resources and Environment Tran Hong Ha and Japanese Minister of the Environment Tsuyoshi Michael Yamaguchi have discussed measures to further foster cooperation between the two countries in the area of environment and climate change response, focusing on the implementation of commitments made by the Prime Ministers of the two nations at the 26th UN Climate Change Conference of the Parties (COP26).