VOV.VN - The 22nd Assembly of the World Peace Council (WPC) officially opened on November 21 in Hanoi.

During the week-long event it is expected that the assembly will discuss a range of important contents relating to the international situation, express views, as well as the contribution of Vietnam and other countries to ensuring peace and stability throughout the region and the world as a whole.

The nation hosting the WPC’s 22nd Assembly is also designed to help improve the country’s role and standing, including the Vietnam Union of Friendship Organisations (VUFO) and the Vietnam Peace Committee (VPC), as part of the world peace movement. Indeed, it will highlight the nation as a responsible and active member of the international community.

Established in the years 1949 to 1950, the past seven decades has seen the World Peace Council maintain its mission to promote peace building for all, whilst simultaneously supporting solidarity with people of countries around the world for peace, and causes such as justice, national independence, and territorial sovereignty.

The WPC has always accompanied and supported the country in all historical periods, from its historical struggle for peace, national independence, unity, and territorial integrity to the current process of national construction and defence.

Due to these purposes the Council has always represented a fulcrum for progressive movements for peace around the world.

The assembly is therefore viewed as an occasion for the VUFO and the VPC to enhance friendship and co-operation with the WPC and other members. This will contribute to popularising Vietnam and its peace movement along with capitalising on the WPC and members’ support for issues matching Vietnamese interest such as the East Sea and Agent Orange/dioxin victims.

The event will run in Hanoi and Quang Ninh province from November 21 to November 27, with  roughly

200 participants, including nearly 100 delegates and guests from 49 countries and 100 others from Vietnam in attendance.

Uong Chu Luu, former vice chairman of the National Assembly and chairman of the Vietnam Peace Committee, highlighted the 22nd assembly as an opportunity for the country to propagate and raise public awareness regarding the role and value of peace as part of the process of national construction and defence.

Participant will therefore discuss and evaluate the international peace-security situation, the world peace movement, with a specific focus on new developments in traditional and non-traditional security issues. This is along with other issues related to new challenges to global peace and stability such as the impact of the COVID-19 pandemic, health security, environmental security, and humanitarian assistance.

The focus will also be on discussing the Council's orientations and action plans for the 2022 to 2027 term. 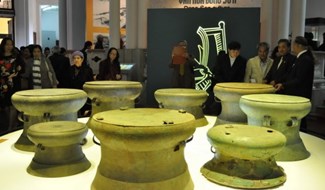 Vietnam receives antiquities from US

VOV.VN - The Vietnam National Museum of History has received a number of antiquities of Vietnamese origin handed over by the United States. 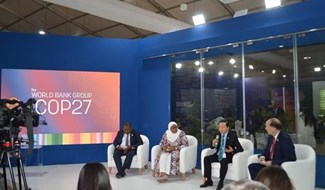 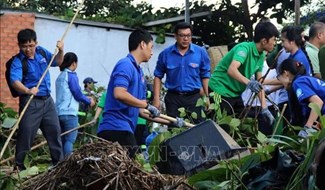 Report on youth action for climate change in Vietnam launched

Hanoi (VNA) – The United Nations Development Programme (UNDP), in collaboration with the Department of Climate Change under the Ministry of Natural Resources and Environment (MONRE), launched a special report entitled “Youth for Climate Action in Vietnam 2022” on November 1.