VOV.VN - Vietnam is set to fetch US$732 billion in foreign trade this year, representing an annual rise of 10%, said the Ministry of Trade and Industry at a year-end meeting in Hanoi on December 26.

This is the first time the country’s import-export turnover has surpassed the US$700 billion mark.

Meanwhile, Vietnam spent US$360.5 billion on imports, an increase of 8.5%. As a result, the local economy enjoyed a trade surplus of approximately US$11 billion, marking the seven years in a row that it has produced a trade surplus.

However, the export structure remains unbalanced, with the group of processed industrial products making up more than 86% of the total export turnover.

In addition, about 74% of the export value was generated by FDI businesses, while the export capacity of domestic enterprises, especially small and medium enterprises, is low.

The diversification of markets for some products, such as vegetables and fruits, is still slow, as it does not meet the requirements of standards and quality, or businesses have yet to make good use of FTAs Vietnam has signed with its partners.

Deputy Foreign Minister Nguyen Minh Vu warned 2023 would be a difficult year as the global economy is predicted to fall into a technical recession, leading to a decrease in purchasing power and consumption globally. Furthermore, trading partners are set to tighten import-export regulations, requiring Vietnamese businesses to develop appropriate response scenarios.

Sharing the view, Deputy Minister of Industry and Trade Tran Quoc Khanh said the game would be more rigorous and competitive. However, he said the trade sector has still set the target of raising the total export turnover by about 6% compared to this year. 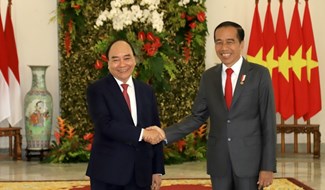 VOV.VN - Vietnam and Indonesia have agreed to elevate bilateral trade turnover to US$15 billion by 2028, said President Nguyen Xuan Phuc on December 21 during a press briefing detailing the outcomes of talks held with Indonesian President Joko Widodo. 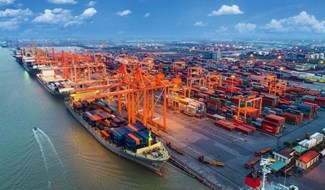 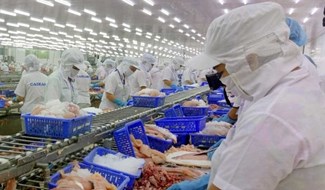