VOV.VN - Vietnam's imports and exports during the Lunar New Year (Tet), from January 29 to February 6 reached US$3.05 billion, representing a rise of 83% compared to the same period last year, according to details given by the General Department of Vietnam Customs.

In line with the figure, exports and imports reached US$1.47 billion and US$1.58 billion, respectively, duly accounting for 48% and 52% of the total import-export value.

Since the beginning of the year to the end of February 6, the nation posted a trade surplus of US$0.68 billion, with Vietnamese goods being exported to 109 countries and territories globally.

Phone components, computers, electronic products and components make up the largest import and export items throughout the reviewed period.

Most notably, Vietnamese exports to the Chinese market witnessed the highest growth with a value of US$400 million, accounting for 27.3% of the total export value, trailed by the US with US$347.6 million, the RoK with US$86 million, Hong Kong (China) with US$59 million, and Japan with US$41.8 million.

Furthermore, Vietnamese enterprises imported goods from 81 countries and territories globally, mostly from the RoK with US$547.8 million, China with US$349 million, the US with US$104.7 million, Taiwan (China) with US$84.7 million, and the Republic of Ireland with US$72.1 million. 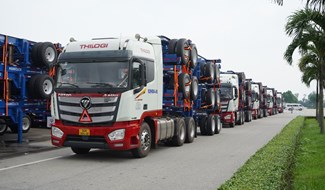 Thaco exports 870 semi-trailers to the US market 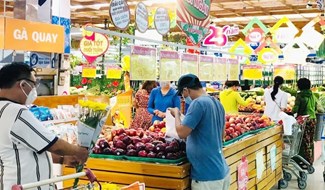 (QNO) - Governmental Directive 26 has just been issued, focusing on promoting the production, circulation, consumption, and export of agricultural products in the context of Covid-19. 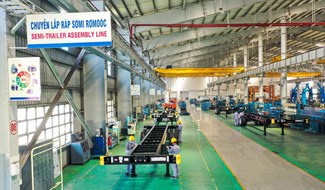 THACO export of semi-trailers to US

(QNO) - Truong Hai Auto Corporation (THACO) has just made a contract to export over 6,000 semi-trailers to the US.