VOV.VN - The Drug Administration of Vietnam (DAV) under the Ministry of Health has requested that pharmaceutical manufacturers move to increase the import of drugs to combat monkeypox, and intensify efforts to actively research and produce drugs which can treat the viral disease in Vietnam.

The DAV made this request in a dispatch sent to pharmaceutical manufacturers nationwide amid fears that the monkeypox virus, which is evolving in a complicated manner worldwide, could break out in the country.

The World Health Organization (WHO) declared in late July that the global monkeypox outbreak is a Public Health Emergency of International Concern. As many as 31,800 cases have been reported in 89 countries and territories worldwide since the beginning of the year, according to data released by the US Centres for Disease Control and Prevention as of August 9.

Many countries globally have therefore begun to intensify research for new drugs to treat patients infected by monkeypox.

In its dispatch, the DAV cited the Diagnostic and Treatment Guidelines for Monkeypox by the Ministry of Health that drugs which contain Tecovirimat, Brincidofvir, Cidofovir, and Probenecid are those recommended by the WHO. In addition, the monkeypox vaccine has also been licensed for circulation in a number of countries.

The DAV has requested that pharmaceutical manufacturers work to strengthen research and stay updated on international trends in research and the production of drugs and vaccines for treatment against monkeypox, while accessing medicinal ingredients and importing them to be used for research and production locally.

The DAV will give maximum priority to granting circulation registration and import permits for these drugs, as well as medicinal ingredients in accordance with regulations, it said in the dispatch.

The viral disease has yet to be detected in the country, though some cases have been reported in regional countries. The Ministry of Health has also developed three scenarios to deal with monkeypox in the event that it breaks out in the country.

The Ministry has been in constant contact the WHO and the US CDC, as well as other health organisations, to remain updated and exchange information on the current epidemic situation. It has also strengthened the surveillance of suspected cases at border gates and launched communication campaigns as part of efforts to raise public awareness about monkeypox and temporary prevention measures.

VOV.VN - Takeshi Kasai, Regional Director for the Western Pacific of the World Health Organization (WHO) has voiced his organisation’s strong support for the Vietnamese Government’s strategy of living safely with COVID-19, giving top priority to protecting people’s health. 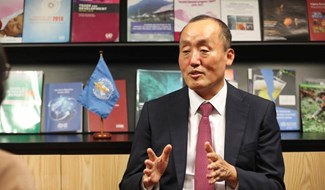 WHO pledges support for Vietnam's safe living with COVID-19

VOV.VN - The World Health Organization (WHO) is committed to maintaining close co-ordination with the Vietnamese Government in all aspects during the transition from COVID-19 control to “safe coexistence” with the virus as the pandemic turns into an endemic.