Vietnam is viewed as a country with high potential for fast digital economic development and digital transformation trend across all fields.

It has set a target to post 31% growth in gross merchandise value (GMV) from 23 billion USD in 2022 to 49 billion USD in 2025, the highest growth in the region, according to the "e-Conomy SEA 2022" report released by Google, Temasek and Bain & Company in October.

Data from the Ministry of Information and Communications (MIC) showed that the ICT economy's revenue reached an estimated 148 billion USD in 2022, representing a year-on-year increase of 8.7%.

IT services contributed the most to the digital economy, accounting for about 30% of the total value. It was followed by e-commerce (14.3%), and hardware production (12.83%). Meanwhile, the digital content field recorded the strongest growth, up nearly 104% compared to the first quarter of 2022.

In 2022, Vietnamese digital businesses made inroads into foreign markets, including developed countries such as the US and Japan.

The MIC has developed a strategy for digital technology industry development to 2025 with a vision to 2030. As of March 2022, the ministry had announced 35 national digital platforms serving digital transformation and the development of digital government, digital economy, and digital society, including 21 developed by domestic digital technology enterprises such as VNPT, Viettel, CMC and FPT. These have contributed to facilitating state management and public services.

According to Minister of Information and Communications Nguyen Manh Hung, ministries, sectors and localities have issued digital transformation programmes. As many as 500 million accounts have been registered so far for using made-in-Vietnam digital platforms - the largest-ever figure. /. 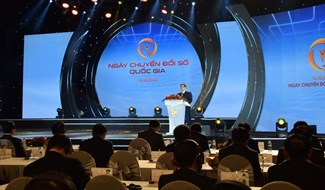 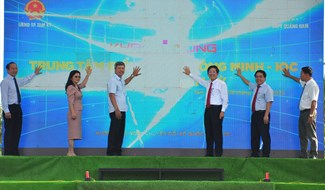 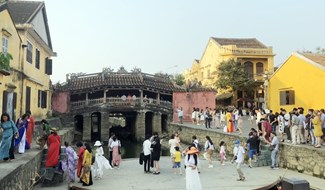 Digitalisation of entrance tickets in Hoi An ancient quarter

(QNO) - A plan to better the ways of selling entrance tickets in Hoi An ancient quarter has just been announced by the Hoi An city’s People’s Committee.