Talking to the Vietnam News Agency, Trong stressed the need to participate more in UN peacekeeping operations, and deploy tasks in several tasks such as logistics, liaison and military police, adding that this is a long-term goal set out by the department.

According to him, participating in UN peacekeeping operations is a major policy of the Vietnamese Party and State, and also an important task of the Vietnam People's Army in the new period, contributing to realising the foreign policy of peace, cooperation, development, multilateralisation and diversification of international relations.

Vietnam's engagement in UN peacekeeping operations over the past seven years has achieved many positive results, and at the same time opened up many new directions of deployment, becoming a prominent mark in diplomatic defence, he stated.

The colonel said that recently, for the first time, Vietnam made debut a sapper unit to participate in UN peacekeeping, marking a new development step in expertise and level.

Compared to the level-2 field hospitals Vietnam has deployed before, the sapper unit is larger in number with 184 professional officers and soldiers. In terms of equipment, the unit will deploy about 2,000 tonnes of equipment to the UN Interim Security Force for Abyei (UNISFA), including around 150 machines.

In the coming time, the set goal is to successfully deploy Vietnam's first sapper unit to the UN peacekeeping mission and complete all the tasks assigned by the UN for the humanitarian mission.

Vietnam must continue to keep up the good quality of its level-2 field hospitals to maintain the existing reputation among the missions, he added./. 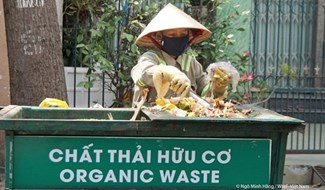 Hanoi (VNS/VNA) - WWF Vietnam will continue to help Long An in domestic solid waste management as the provincial authorities decided to expand a model of waste separation at source in wards in Tan An city as well as other districts and town in the southern province.

Phnom Penh (VNA) – Vietnam needs to improve the scale and quality of investment in Cambodia, promoting a new wave of investment, President Nguyen Xuan Phuc stated while meeting Vietnamese Cambodian enterprises on December 22 during his State visit to Cambodia.