(QNO) - Hanoi (VNA) – Prime Minister Pham Minh Chinh’s attendance at the 26th UN Climate Change Conference of the Parties (COP26), to be held in Glasgow, the UK, from October 31 to November 3, demonstrates the Vietnamese Government’s determination and efforts in promoting and realising international commitments to climate change response.

Vietnamese Ambassador to the UK Nguyen Hoang Long made the remarks in an interview granted to the Vietnam News Agency (VNA), ahead of the government leader’s trip to the UK for the event.

His attendance also proves Vietnam is an active member, and a reliable and responsible partner in this regard, the ambassador said, adding that the trip will offer an opportunity for Vietnam to enhance cooperation with its partners, both bilateral and multilateral, and international organisations in the field.

During his three-day working trip in Scotland, Chinh will also hold high-level bilateral and multilateral meetings, and engage in trade and investment promotion activities between Vietnam and the UK.

He is scheduled to meet with AstraZeneca CEO Pascal Soriot and attend the signing ceremony of cooperation agreements between AstraZeneca and Vietnamese partners to foster cooperation in the transfer of production technologies for vaccine and treatment drug between the two sides.

For climate change response, Long affirmed Vietnam’s strong resolve and commitments to the fight, which can be seen in the fact that Vietnam is one of the first 20 countries in the world to submit the updated Nationally Determined Contribution (NDC) to the Secretariat of the United Nations Framework Convention on Climate Change (UNFCCC).

Vietnam is also among very few nations that have increased their contributions to cutting greenhouse gas emissions in the paper.

Such efforts have been acknowledged at international forums on climate change, the diplomat emphasised.

Asked about cooperation between Vietnam and the UK in this sphere, Ambassador Long said the two countries have implemented many joint relevant programmes and projects.

The UK has pledged to support Vietnam’s low-carbon economic growth strategy adaptable to climate change, shifting towards renewable energy and the transfer of green science-technology and finance. The UK will also help Vietnam access international loans in climate change response.

Apart from bilateral cooperation, the two countries have also coordinated at international forums such as the UNFCCC and the Paris agreement. They have agreed to strengthen cooperation and dialogues in responding to climate change and mitigating its impacts at the technical level, while fostering collaboration in sustainable consumption and the building of the circular economy.

Long stressed that the PM’s trip also aims to deliver Vietnam’s message on its efforts to realize commitments to climate change response and the country’s policy on attracting investments in cooperation areas towards building a green economy./. 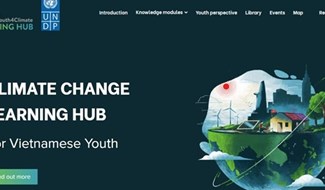 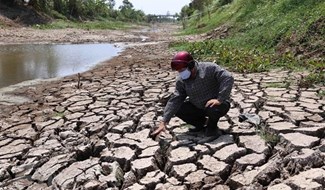 Hanoi (VNA) – A climate change adaptation project has been launched to strengthen the resilience of smallholder agriculture to climate change-induced water insecurity in the Central Highlands and the south-central coast.