VOV.VN - Magazine Travel + Leisure of the United States has made a list consisting of some eight countries, including Vietnam, that offer retirees an opportunity to enjoy a comfortable lifestyle and a lower cost of living.

According to details given by Travel + Leisure, the nation is a very affordable place to retire in, especially for adventurous retirees who appreciate the country's beaches, scenery, food, history, and culture. Indeed, the overall cost of living is approximately 49% lower than in the US, with rents are about 75% lower, depending on the location.

Since the Government owns all of the land and foreigners are restricted from purchasing property, the majority of expats and retirees rent, an economical way to in which to live. Although obtaining a visa is not as straightforward in Vietnam as it is in many other countries, it's possible to apply for long-term stays or business visas, the New York-based travel magazine commented.

Furthermore, high-quality health care is also very affordable, with both public and private systems available. In line with this, most expats carry international health insurance and take advantage of private hospitals, it added.

Travel + Leisure quoted International Living as saying that Hoan My Medical Corporation, with hospitals and clinics around the country, is the most prestigious hospital group. "City International Hospital in HCM City is the biggest international hospital, where a quarter of the patients are foreigners and most of the medical staff speaks English," it states.

Vietnam is notable for being the only Asian destination to make the list. The other cheapest countries to retire in globally include Mexico, Ecuador, Costa Rica, Portugal, Panama, Montenegro, and Colombia. 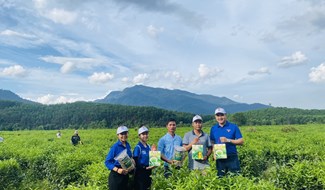 (QNO) - A green tour to Dong Giang district (Quang Nam province) has recently been held to respond to the Vietnam’s National Tourism Year 2022. 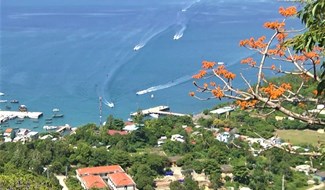 Green tourism in Hoi An

(QNO) - Hoi An authorities have just had a plan to develop green tourism until 2025.