VOV.VN - The Spanish Government and enterprises will strive to help the nation in boosting its energy transition and expanding bilateral co-operation across other aspects.

Ambassador of Spain to Vietnam Pilar Méndez Jiménez made the comments during a recent media interview on the occasion of the 45th anniversary of diplomatic ties between the two nations which began on May 23, 1977.

Spain, which is a global leader in clean energy, is keen to boost its partnership with Vietnam in the field. Increasingly Spanish companies are investing in the Vietnamese market, particularly in sectors of common interest and those which suit both countries' orientations towards sustainable development, the Spanish diplomat said.

She hailed the country’s strong commitments made at the 26th UN Climate Change Conference (COP26) last year and its efforts to cut greenhouse gas emissions, adding that Vietnam must forge major reforms if it is to realise its sustainable development ambitions.

With regard to the progress of bilateral relations, she assessed that in the past Spain had boosted development co-operation with Vietnam, with an emphasis placed on sustainable development and gender equality.

With the nation now becoming a middle-income country, bilateral co-operation has shifted its focus to economic fields.

With regard to activities marking the 45th anniversary of diplomatic ties, the Ambassador said they will mainly be organised online due to the COVID-19 pandemic.

The Embassy has co-ordinated with Casa Asia (Asia House) and agencies at the Spanish Ministry of Foreign Affairs for the celebrations, with activities including the launch of a special website.

The website is set to feature an exhibition displaying works by female comic authors from both Vietnam and Spain, whilst providing information which aims to improve mutual understanding between the two peoples and introduces outstanding scientific research studies.

A number of photos capturing milestones in bilateral relations are being put on display outside the Embassy’s headquarters in Hanoi, the diplomat said.

In terms of economic and trade ties, she noted that the EU-Vietnam Free Trade Agreement (EVFTA), which became effective back in 2021, has established a legal framework and mechanism facilitating co-operation between the two sides.

Ambassador Jiménez expressed her confidence that there is substantial potential in this regard, particularly as the deal took effect amid the pandemic.

The agreement will therefore fast-track the reduction of tariffs and non-tariff barriers as a means of helping the two countries to tap into their potential for bilateral co-operation, she went on to say.

Statistically, as of August, 2021, Spain had 82 projects valued at US$134 million in the Vietnamese market, ranking 46th out of 140 countries and territories investing in the Southeast Asian nation.

Despite the impact of the pandemic, two-way trade hit US$2.3 billion in the opening nine months of last year. 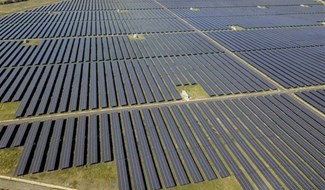 Hanoi (VNA) – A seminar held in Hanoi on May 20 highlighted energy transition as an important tool to help Vietnam achieve net zero emissions by 2050. 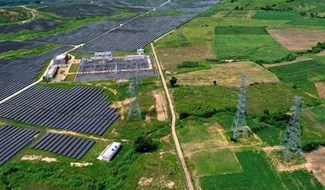 Hanoi (VNA) – Deputy Minister of Industry and Trade Dang Hoang Giang and Danish Ambassador to Vietnam Kim Højlund Christensen co-chaired the first meeting of the Steering Committee of the Vietnam-Denmark Energy Partnership Programme in the period of 2020-2025 (DEPP3 Programme).