Vietnam-Singapore Industrial Park (VSIP III) in southern Binh Duong province is a typical example. It is designed for sustainable development by integrating smart technology in energy and water usage, as well as wastewater and traffic management and security.

Many industrial developers are also embarking on the race to form a new industrial environment that pays attention to clean and renewable energy, as well as a circular economy to ensure sustainable development.

Industrial real estate has undergone a transition from the traditional industrial park toward a green and sustainable industrial ecosystem. The core issues remain, which are occupational health and safety, environmental friendliness, and social security.

It is believed that Danish Lego Group chose VSIP III because it could meet their green requirements. Preben Elnef, Vice President of the Lego Group said they are trying to make the project sustainable by using renewable energy such as solar roofs and solar fields to secure a carbon neutral factory.

The investor of VSIP III confirmed that there will be a 50-ha solar farm on their grounds to provide electricity for customers including Lego. Kelvin Teo, Co-chairman of VSIP Group said, the park marks a milestone in the sustainable development strategy and will become a green working environment in Vietnam.

Under the impacts of climate change, the environment is heavily polluted and natural resources are gradually being exhausted. The wave of green consumption has become popular and environmental-friendly production will be an inevitable trend in the green growth strategy.

GNP also signed a memorandum of understanding with REE Group to promote clean energy development through its commitment to install up to 90-ha of rooftop solar power sources on GNP's projects across the country./. 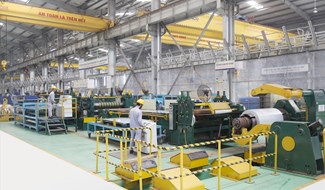 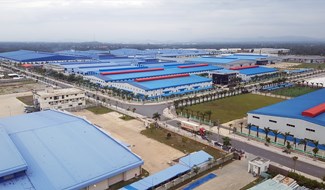 Expansion of industrial clusters and parks in Quang Nam