VOV.VN - Last year saw the local economy overcome unprecedented fluctuations caused by the COVID-19 pandemic, political conflicts, and a global economic crisis, although it was able to recover strongly, thereby becoming a bright spot for the regional and global economy.

That represents the fulcrum for the Vietnamese economy as it seeks to accelerate and develop, not only in the 2023 but also in the 2021 to 2025 period. Despite these ambitions, many economic forecasts hint that the difficulties and challenges ahead are even greater than those posed last year.

In its latest report, the International Monetary Fund (IMF) forecasts that this year will see 143 economies, accounting for 92% of global GDP, become weaker than expected.

The world's three largest economies, including China, the EU, and the United States, will all slow down significantly, whilst the risk of recession amid high inflation and increasing political instability remains present.

The nation’s economy will not be able to remain unscathed with such macroeconomic challenges, especially when the economic openness is more than 200% of GDP.  Despite facing plenty of difficulties and challenges ahead, the nation is still confidently entering 2023 with new expectations.

The country has solid fulcrums which serve as a foundation for the national economy to continue to recover and accelerate moving forward, with the nation boasting an economy of more than US$400 billion, with a growth rate of 8.02% recorded in 2022, the highest in more than a decade.

From 2020 to 2021 the Vietnamese economy struggled with numerous difficulties as it tried to adapt to maintain production and business activities in parallel with pandemic prevention and control, with 2022 witnessing a strong recovery.

Most of all, the effort and determination of an acting and brave Government, the consensus of the entire political system, and country’s position internationally is continuously being strongly affirmed and consolidated.

There are many fulcrums and many opportunities for 2023, a pivotal year in the five-year plan from 2021 to 2025, with a series of solutions set to be implemented to resolve difficulties and challenges and to take advantage of opportunities for further development in the time ahead.

Growth drivers, including investment, import and export activities, consumption, institutional reform, and the improvement of the business and investment environment will also be promoted.

As a means of creating foundations to boost the acceleration and development of the economy, the National Assembly has decided to spend more than VND700,000 billion on public investment. Strategic infrastructure projects, especially key transport infrastructure, such as the North-South Expressway in the East, coastal roads, belt road construction projects in Hanoi and Ho Chi Minh City, dynamic projects on airports, railways, and waterways, will also be implemented.

This will not only create a growth engine for the year ahead, particularly as the Vietnamese economic growth still depends heavily on investment, but more importantly, will also contribute to gradually synchronise and modernise the infrastructure system. This will create new corridors and development spaces for the economy in the time ahead.

The Socio-Economic Development and Recovery Program will also continue to be accelerated in 2023 to help reduce costs and support cash flow for production and business activities.

Along with these factors, there will also be "supportive" policies put in place for people and the business community as they seek to overcome difficulties, such as reducing value-added tax, and environmental protection tax for gasoline.

Moving forward, 2023 will certainly see an array of challenges. However, with three years of experience in overcoming issues ranging from the COVID-19 pandemic, the Government's consistent and flexible management of the pandemic, and the unity of the entire political system, the whole country is steadily moving forward with new opportunities for stronger development. 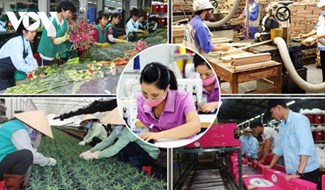 A dual success of Vietnamese economy 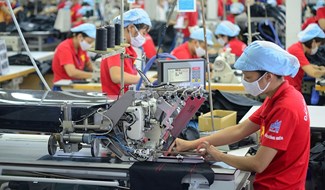 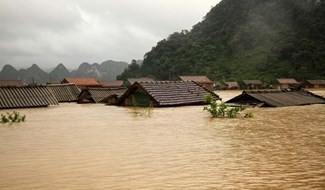 Hanoi (VNS/VNA) – Vietnam needs to invest approximately 368 billion USD from now until 2040 to build a climate resilient and low-carbon economy, according to the Vietnam Country Climate and Development Report (CCDR) released by the World Bank on July 13.