The five localities have seen growth in their tourism industry over recent years and become attractive destinations in both Vietnam and Asia. Statistics show they received between 20 million and 25 million arrivals per year during the 2016 - 2019 period.

Dang Dong Ha, deputy director of Quang Binh’s Department of Tourism, announced local authorities will continue to develop tours of notable heritage sites and offer discounts of up to 20% to adventure tourism products.

This year the central province of Quang Tri is scheduled to put on several cultural activities to commemorate 50 years of the province’s liberation day and tours to discover local eco-tourism areas.

As part of the drive to boost tourism, travel agencies operating in Da Nang will introduce promotion combos, including airfare and three or five-star hotels with experiences such as health resorts, MICE services, along with golf and other entertainment activities.

As the host of the National Tourism Year 2022, Quang Nam will organise many tourism events to serve travelers throughout the year.

Outstanding upcoming activities include the Korean Culture Days in Quang Nam and the traditional craft village festival in Hoi An. 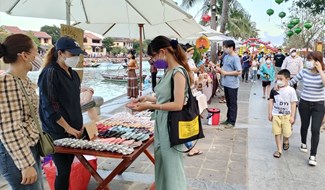 A fair to celebrate the National Tourism Year 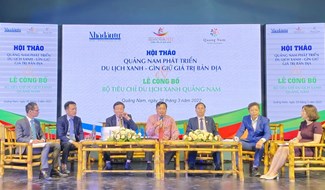 (QNO) - A seminar on green tourism development and indigenous value preservation in combination with the announcement ceremony of green tourism criteria was jointly held in Hoi An city on March 26 by the Quang Nam provincial People’s Committee and Investor Magazine. 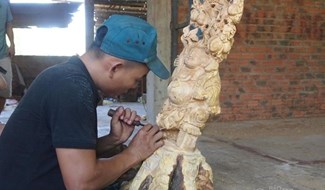 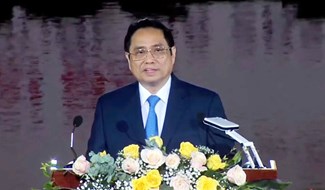 (QNO) - The opening ceremony of the National Tourism Year 2022 under the theme “Quang Nam – A Green Tourism Destination” officially took place on Hoi An Memories Land in Hoi An city (Quang Nam province) on March 26.