VOV.VN - The EU supports and promotes co-operation with Vietnam in prioritised areas through private investment capital, as well as from the EU and other international financial sources.

Frans Timmermans, the vice president of the European Commission, who is currently in Hanoi for a working visit, made these assurances during talks with Deputy Prime Minister Le Van Thanh in Hanoi on February 18.

He said the EU attaches great importance to the comprehensive partnership and co-operation with Vietnam, and strongly desires to strengthen co-operation in the field of climate in order to realise the outcomes of the recent 26th UN Conference on Climate Change (COP26).

Timmermans went on to express his great appreciation for Vietnamese commitments at COP26, noting that the country boasts great advantages and potential for developing clean and renewable energy.

He acknowledged the country’s efforts in complying with EU regulations on illegal, unreported, and unregulated (IUU) fishing, announcing that the bloc would soon send a delegation of experts to the country in order to examine and come to conclusions on this matter.

For his part, Deputy PM Thanh proposed that the EU and its member states create favourable conditions in which Vietnamese goods can enter its lucrative market. He requested that the European Commission move to support the ratification process of the Vietnam - EU Investment Protection Agreement (EVIPA) in order to create a driving force which can boost economic co-operation between the two sides.

He also suggested that the EU swiftly remove the IUU yellow card, and at the same time support the country in strengthening its fisheries management capacity, providing technical assistance, and implementing solutions to illegal fishing, so as to ensure the livelihoods of local fishermen as well as seafood supplies to the EU market.

He proposed that the EU support and co-operate with Vietnam in implementing the COP26 commitments, especially in realising the goal of achieving "zero" net emissions by 2050, establishing a domestic carbon market, and in implementing projects in the fields of energy conversion, clean transport, and afforestation to adapt to climate change.

Both host and guest expressed their pleasure at the positive developments recorded in the blossoming mutual partnership over recent times, despite the impact of the COVID-19 pandemic.

The EU is currently an important economic and development partner of Vietnam. It is the country’s largest non-refundable aid donor, its third largest export market, its fifth largest import market, and its sixth largest investor.

The two sides agreed to continue promoting the practical and effective implementation of bilateral co-operation in the fields of politics - diplomacy, trade and investment, development co-operation, agriculture, the environment, energy, and security - national defence.

During his stay in Hanoi, Timmermans is scheduled to pay a courtesy visit to Prime Minister Pham Minh Chinh and hold working sessions with the leadership of a number of Vietnamese ministries and agencies. 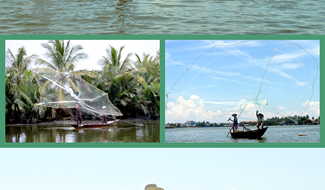 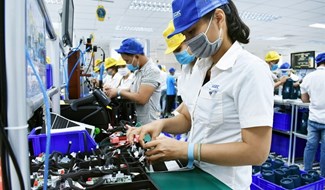 (QNO) - Several industrial parks have been built and put into operation in Quang Nam, contributing to local job creation and socio-economic development after 25 years of re-establishing the province.