He held that policies to encourage the development of e-vehicles in Vietnam have remained limited in the absence of a common set of standards and sufficient charging stations.

The official stressed that the Ministry of Science and Technology has yet to set standards for the construction of charging stations and equipment.

Meanwhile, power supplies for charging stations are also another difficulty as they are based far from power sources, he said, adding that there are also a number of barriers in ground clearance for the construction of the stations.

The number of e-vehicles in the country remains low and has yet to affect the power network, but when it rises, VinFast will encourage customers to charge their vehicles during off-peak hours.

At the same time, the firm is building a network of charging stations with a wide coverage and safety to ensure convenience for users, contributing to promoting the use of green vehicles, he said.

He noted that VinFast has opened about 3,000 charging stations in the 63 localities nationwide, while developing a team of support technicians to provide on-the-spot charging services./. 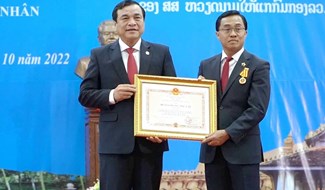 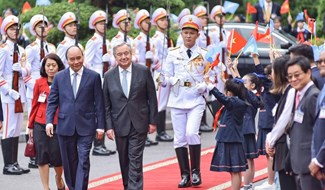 VOV.VN - United Nations Secretary-General António Guterres arrived in Hanoi on October 21 for a two-day visit to Vietnam at the invitation of President Nguyen Xuan Phuc.