VOV.VN - The number of Apple manufacturing partners setting up their factories in Vietnam has increased to 25 at present, four more than the 2020 figure, the tech giant said in its list of supply partners for the fiscal year 2021.

The Apple report released the list of 180 companies, accounting for 98% of the firm’s direct costs for materials, production, and assembly worldwide. Of the total, 25 of its manufacturing partners have established factories in Vietnam.

Specifically, there are several familiar Apple manufacturing partners to feature in the list, including Foxconn, Luxshare Precision, or component suppliers Samsung, LG Display, and Intel.

During the fiscal year 2021, the tech giant added five new partners with factories in Vietnam, and at the same time eliminated Foster Electric which had factories in Binh Duong and Da Nang.

The list also added Luxshare Precision's factory at the Vietnam – Singapore Industrial Park (VSIP) in the central province of Nghe An which has been in operation since 2020. Previously, Luxshare had manufactured Apple devices in the northern province of Bac Giang.

JP Morgan’s recent report outlined that Vietnam is on the pathway to developing into an important manufacturing base for Apple, supplying 65% of AirPods, 5% of MacBooks, 20% of iPads, and Apple Watches by 2025.

The move was considered a step forward for Vietnam in the field of manufacturing, contributing to maintaining the global supply chain, said Japanese business news outlet Nikkei Asia. 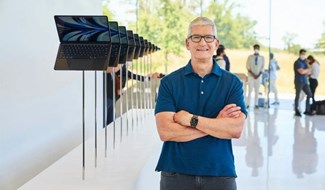 VOV.VN - Vietnam, together with Brazil, Indonesia and India that are emerging markets, have made practical contributions to Apple’s group’s outstanding performance in the second quarter of this year, said CEO Tim Cook.