(QNO) - Cha-ra, Ta-vat and Ta-ding are the specialties that are made by Cotu, T’rieng and Ve people in Nam Giang, Tay Giang, and Dong Giang districts of Quang Nam province.

Cha-ra is a soup made from meat or fish. It is cooked in bamboo tubes because everything, according to the locals, becomes more delicious in this way.

The bamboo tube with the ingredients inside is roasted over the fire while the cook has to thrust into it constantly by using a rattan stick so that everything in the bamboo tube becomes broken and blended.

There are different types of cha-ra. Each has an own flavor but cha-ra made from dried meat or fish is more delicious. It is necessary to select suitable vegetables and fruit so as to make the cha-ra good.

The cha-ra that is made from dried “cá niên”- a species of fish scientifically called Onychostoma gerlachi- combined with eggplants and some spices such as chili pepper, oriental onion and wild pepper is the best of all.

Besides Onychostoma gerlachi, wild meat is also good for cooking cha-ra. However, to make a cha-ra of dried meat, eggplant is not used but Schismatoglottis calyptrate stems, banana flowers, wild tomatoes instead.

Cha-ra is also made from the skin of cattle and viscera of fowl in a combination with pumpkin leaves, eggplant.

Cha-ra is often prepared for the elders such as parents.

When these trees are in the 2nd bloom, people smash flower stems.

Waiting until the smashed stems become brown, they remove the flowers and get the water dripping from these stems. Then, the water is fermented with some bark of a tree called “chuồn”.

Ta-vat and ta-ding are healthy drinks. They are fragrant, sweet, and like light beer. The flavor is especially better when ta-vat or ta-ding is used with cha-ra. 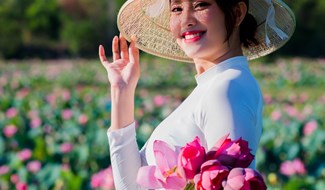 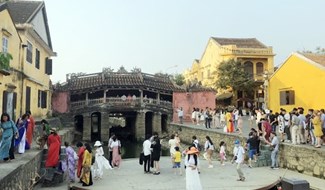 (QNO) - Quang Nam government decided to welcome visitors to the provincial tourist attractions as of May 25, 2021.