(QNO) - The opening ceremony of the 5th Echoes of Gongs festival was held in Nam Giang district (Quang Nam province) on June 27, 2022. Present at the event were local leaders and people, and representatives of Dak Cheung district of Sekong province (Laos).

The Echoes of Gongs festival is a cultural and spiritual event that takes place every two years in Nam Giang district. There are hundreds of local artisans taking part in the event.

Therefore, it is a place of cultural convergence which makes the richness and diversity of cultural nuances there.

The Echoes of Gongs festival is one of the activities local authorities are trying to do to preserve and promote their local cultural values.

The event is considered a chance for Quang Nam and Nam Giang to introduce and popularise local images to the public.

At the opening ceremony, there were a programme of performance art, a show for traditional costumes, and a performance of gongs and drums. 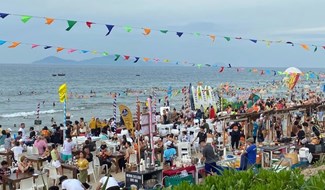 (QNO) - The festival was organised in An Bang beach, Hoi An city, Quang Nam province on June 10, attracting a lot of domestic and international tourists. The event is a start of Hoi An – A Touch of Summer 2022. 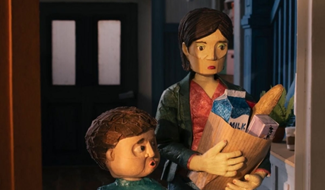 VOV.VN - Young local director Mai Vu was given the “Lights on Women Award” at the Cannes Film Festival 2022, with the prize honouring and highlighting the work of female filmmakers.