On this occasion, a signing ceremony of a Memorandum of Understanding (MoU) on cooperation took place between the Laos Ministry of Labour and Social Welfare (LMoLSW) and Vietnam Social Security (VSS) in the period of 2022-2025.

The signing ceremony was an activity to celebrate the 60th anniversary of Vietnam - Laos diplomatic relations and 45 years of the Vietnam - Laos Treaty of Amity.

It contributed to the consolidation of the traditional relationship, special solidarity, and comprehensive cooperation between Vietnam and Laos.

Reportedly, ASSA was founded in 1998. As its member, VSS has several positive contributions to its activities.

The 39th ASSA Board Meeting discussed the collaboration and mobilization of social justice for sustainable financing for social security systems and towards global social protection.

Besides the members of ASEAN, there were international organisations participating in the meeting, including the International Labour Organisation (ILO) and Lux-Development.

VSS presented a report on Vietnam's policy solutions to support employees and employers affected by the COVID-19 pandemic using the Unemployment Insurance Fund.

At the same time, VSS helped to affirm its role, position and image in ASSA. 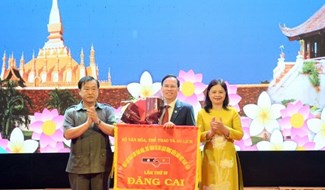