They are hoped to provide clean water sources to schools, especially those in mountainous and remote areas of Quang Nam province, where clean water is limited.

Till now, 6,000 students and teaching staff have benefited from the clean water sources donated by Lifestart Foundation.

Lifestart Foundation is a not-for-profit organisation founded in 2000 by Karen Leonard from Australia and supported by a team of dedicated volunteers.

Its main focus is helping disadvantaged Vietnamese people with a better life. Lifestart Foundation is implementing two main projects on education and building houses for charity. 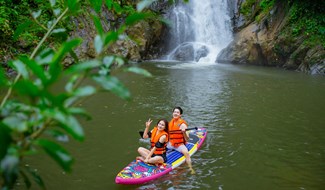 Record for most natural waterfalls to Cong Troi ecotourism site

(QNO) - The Cong Troi (Gate to Heaven) ecotourism site in Dong Giang district (Quang Nam province) has recent set a Vietnamese record for the ecotourism area with the most natural waterfalls. 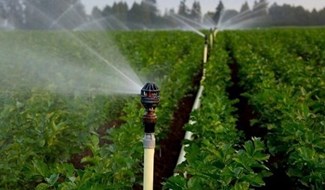 Hanoi (VNA) – The theme of this year’s World Water Day (March 22) is “Groundwater”, which directs attention towards the hidden water resource that has always been critically important but not fully recognised in sustainable development policymaking.