The Japanese cultural exhibition house is one of the most beautiful ancient houses in the ancient quarter of Hoi An city. It is the place to display and introduce Japanese history, culture, tourism, and fine art works.

The house is the place for the reappearance of Princess Ngoc Hoa and Japanese merchant Araki Sotaro wedding. It will become one of the destinations on the tour to Japanese vestiges in Hoi An. 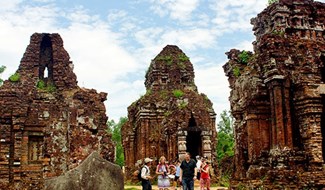 (QNO) - A delegation of Japanese experts has just had a working session at My Son Sanctuary, a world cultural heritage recognised by UNESCO, located in Quang Nam province. 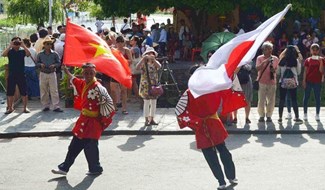 (QNO) - According to the People’s Committee of Hoi An city (Quang Nam province), the 18th Hoi An - Japan Cultural Exchange 2022 will be held from August 26 to 28 with a series of special activities.