Then, KOICA will support Tam Ky to buid a smart city.

Tam Ky is a city in Quang Nam province. The city has an area of ​​more than 100 square kilometers and a population of only about 200,000 people.

Coming to Tam Ky city, you will have the opportunity to visit many attractive places such as Tam Thanh beach, Phu Ninh lake and enjoy delicious food. 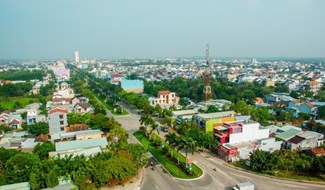