Located in an estuarine area, Hoi An ancient town used to be a water traffic hub of the interlaced river system in Quang Nam province.

During the Nguyen Dynasty (1802-1945), Quang Nam played a role as an economic center in which Hoi An is a place to exchange with foreign traders.

According to Dr. Nguyen Thi Vinh Linh (Quang Nam University), foreign traders coming to Hoi An made this city become a place of the bustling intra-Asian maritime trade route between the 17th and 18th centuries.

At the same time, Hoi An was an indispensable destination on the journey of the ceramic and fragrant roads on the sea.

Nowadays, Hoi An owns a massive system of architectural and cultural heritages and becomes one of the most popular tourist destinations in the world.

Through the port town of Hoi An, raw materials of ​​Quang Nam in particular and Dang Trong (Inner Region) in general, such as forestry products, aquatic products, handicrafts, and metals were regularly exported to foreign markets.

Until now, Hoi An has initially re-established a typical market system and planned to build a national-level OCOP (One Commune, One Product) center to promote Quang land’s special products. 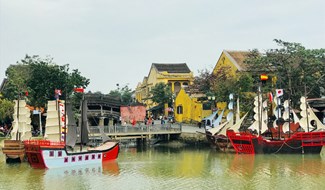 Hoi An in the 550-year history of Quang Nam

(QNO) - A seminar on Hoi An in the 550-year history of Quang Nam was held at the Hoi An Centre for Cultural Heritage Management and Preservation on June 17. 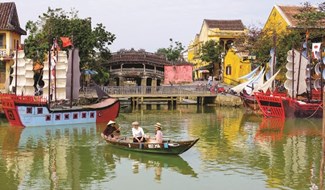 Hoi An: One of the most popular tourist attractions in Asia

(QNO) - TripAdvisor has recently announced the Travellers’ Choice 2021- Best of the Best awards. Ha Noi and Hoi An of Vietnam are of the top 10 “can't- miss” destinations in Asia.