(QNO) - The 2022 Cultural Festival of Ethnic Minorities under the theme of Echoes in Jungle has just been held in Bac Tra My district, Quang Nam province.

The festival is of the National Tourism Year- Quang Nam 2022.

It is also a chance for local ethnic minorities to exchange and manifest their original cultural characteristics, increasing the strength of the great national unity, contributing to the preservation and promotion of traditional cultural values and local tourism development.

The festival set up a multi-cultural space where tangible and intangible cultural features and beauties of local ethnic minorities were presented.

Besides the sounds of gongs, there were a lot of delicious and strange foods and drinks.

Particularly, the perfume of local cinnamon pervasive in the atmosphere made the attractiveness of the festival, showing the brand of cinnamon there.

They weave a colourful picture of diverse and unique cultural values distinguished by their costumes and jewellery, religious rituals, and beliefs.

Among them, the Kor’s ceremony of Neu pole and set of Gu was recognised as a national intangible cultural heritage in 2015.

Furthermore, ethnic minorities love and protect forests for their life, which becomes a cultural beauty in Bac Tra My.

The Echoes in Jungle festival is known as one of the activities to preserve and promote cultural identities of ethnic minorities in Bac Tra My.

The festival is also considered as an opportunity for ethnic groups in the district to introduce their traditional cultural beauties to the public.

After the success of the festival, Bac Tra My district was asked to organise more activities to restore, preserve and develop ethnic cultural values, contributing to the local sustainable socio-economic development. 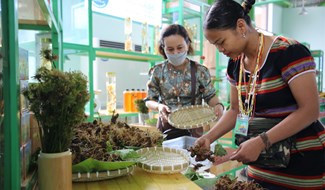 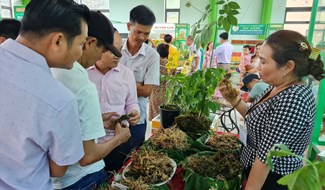 (QNO) - The 4th Ngoc Linh ginseng festival 2022 was held in Tra Mai commune (Nam Tra My district, Quang Nam province) from the first to the third of August.