He stressed that the signing of the convention on December 10, 1982, marked the first time a set of rules for sea and ocean activities was established, thus helping build a new legal order at sea.

According to him, the convention best represents the codification of international custom and the progressive development of international law in the maritime field, and one of its greatest contributions is the establishment of a new effective mechanism for the settlement of maritime disputes.

The UNCLOS 1982 has laid the foundation for resolving maritime disputes from maritime delimitation, fisheries disputes, navigation, marine scientific research, undersea cable and pipeline installation to other sea-related disputes, Thao said, adding that over one-third of the 500 overlapping seas have been resolved so far.

The ambassador also stated that in the spirit of complying with the provisions of the convention, Vietnam is the most successful country in the region in terms of addressing maritime disputes with the most diverse tools. Vietnam creatively applied the principle of fairness in delimiting the exclusive economic zone and continental shelf with Thailand in 1997, the Gulf of Tonkin with China in 2000, delimiting the continental shelf with Indonesia in 2003. It also applied the mode of win-win cooperation and joint exploitation of fisheries with China in the Gulf of Tonkin  in 2004, with Malaysia in 1995, and Cambodia in 1982, and is continuing negotiations to resolve maritime delimitation outside the Gulf of Tonkin, and on the delimitation of an exclusive economic zone with Indonesia.

Meanwhile, Veeramalla Anjaiah, a senior journalist and currently a senior research fellow at the Centre for Southeast Asian Studies (CSEAS) of Indonesia, said that the UNCLOS, considered the ‘Constitution of the oceans’, has laid down a comprehensive law and order regime in the world's oceans and seas, and established rules for managing all activities of using oceans and marine resources.

Therefore, the full and effective implementation of the Declaration on the Conduct of Parties in the East Sea (DOC), as well as the building of a Code of Conduct in the East Sea (COC) in accordance with international law, including this convention, is of great significance.

According to him, over the past 40 years, the UNCLOS 1982 has proven to be an important document in dealing with all issues related to international navigation.

Gregory Poling, Director of the Asia Maritime Transparency Initiative at the US-based Center for Strategic & International Studies (CSIS), highlighted the important role of this convention for small and developing countries.

He emphasised that the UNCLOS 1982 creates a more equal system for all states to access and manage marine resources and enjoy their rights. The document has given developing countries and coastal states a greater voice, at least in the East Sea.

It is the most widely accepted international treaty after the United Nations Charter. Therefore, every member of the international system has a role to play in shaping this convention, he added./. 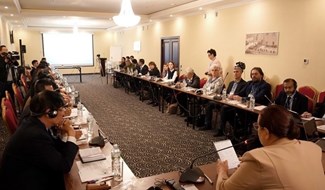 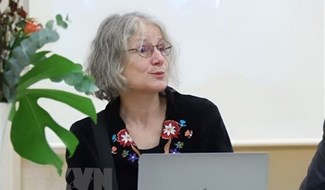 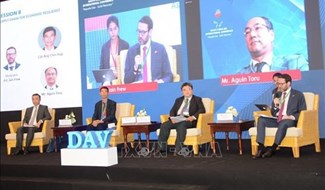