They pointed out complex developments in the East Sea and the region over the past time, which have drawn public concern.

Many said the ruling issued by the Permanent Court of Arbitration in 2016 plays an important role in narrowing disputes in East Sea, and clarifying the legal grounds for some issues in the waters such as oil and gas activities, the determination of baselines for features in the East Sea, and ensuring safety and security of navigation in the region.

Others said the battle of diplomatic notes between countries regarding the East Sea show that the majority back the use of the UNCLOS as the only and comprehensive legal basis for determining maritime claims and exercising the sovereign rights and jurisdiction of states.

The scholars emphasised factors that cause supply chain disruptions, rising costs and labour shortage; and discussed solutions to restore the sea route in the coming time.

They also stressed importance of marine science research and sea environment protection as well as the use of technologies for peaceful purposes.

Dr. Pham Lan Dung, Acting Director of the Diplomatic Academy of Vietnam, said proposals raised at the conference will contribute to improving public awareness of maintaining cooperation and peace in the East Sea in the context of the world facing difficulties caused by COVID-19 and each person striving to adapt to the new normal.

The conference, held in both online and in-person forms, brought together more than 60 scholars from 30 countries and territories, 90 representatives from diplomatic corps, and nearly 500 delegates./. 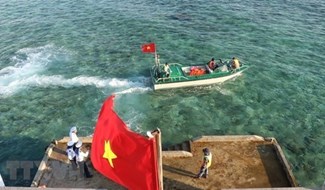 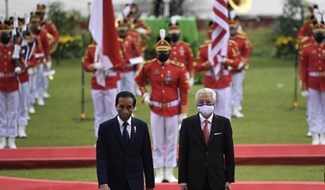 (QNO) - Jakarta (VNA) - Malaysian Prime Minister Ismail Sabri Yaakob has said his country and Indonesia share the view that the East Sea (internationally called the South China Sea) issue must be resolved through the diplomatic channel with respect for international law.