Hanoi (VNA) - China’s military exercise in the Hoang Sa (Paracel) archipelago area violated Vietnam’s sovereignty over the islands and went counter to the spirit of the Declaration on the Conduct of Parties in the East Sea (DOC), Spokeswoman of the Vietnamese Ministry of Foreign Affairs Le Thi Thu Hang has said.

China’s move complicated the situation and hampered current negotiations between China and the Association of Southeast Asian Nations (ASEAN) on a Code of Conduct in the East Sea (COC) as well as the maintenance of a peaceful, stable and cooperative environment in the East Sea, Hang told the ministry’s online press briefing on August 5.

Vietnam requests China to respect its sovereignty over the Hoang Sa archipelago, stop and not repeat similar violations that further complicate the situation in the East Sea.

"As constantly reiterated, Vietnam has sufficient historical evidence and legal grounds to prove its sovereignty over the Hoang Sa and Truong Sa (Spratly) archipelagoes in accordance with international law," Hang stressed.

Commenting on vaccine diplomacy of major countries in Southeast Asia, the spokeswoman said that all the help of other countries, partners and the international community in the fight against the COVID-19 pandemic is valuable and appreciated.

Vietnam thanks and hopes to continue receiving support from other countries, partners and international organisations in this fight, Hang said.

She also revealed that due to complex developments of the pandemic, the ASEAN flag hoisting ceremony to mark the bloc’s founding anniversary will be organised in an online format on August 8./. 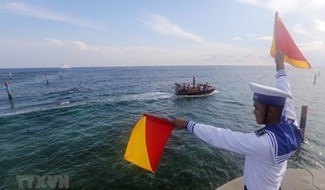 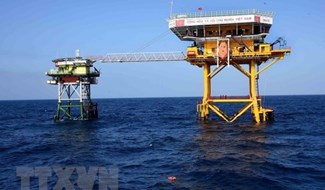 The State of Vietnam was the first state in history to exercise its sovereignty over the Hoang Sa (Paracel) and Truong Sa (Spratly) since they were ownerless pieces of land, at least since the 17th century. Vietnam has sufficient historical evidence that has legal value to testify to its sovereignty over Hoang Sa and Truong Sa, an expert has said.