In an interview given to the Vietnam News Agency correspondent in the UK on August 12, Rogers, who specialises in British geostrategic and maritime power, and Euro-Atlantic, Indo-Pacific and Polar geopolitics, pointed to the significance of the three proposals on maritime security made by the Vietnamese Prime Minister in his speech at the debate held virtually on August 9.

Commenting on PM Chinh's proposal on awareness of seas and oceans,  Rogers said this is very important not only in countries surrounding the South China Sea (East Sea) but also globally. Given the significance of the sea for the system of international commerce, it is important to maintain it open and free for access by all countries, he said, stressing the necessity to support Vietnam in upholding this important right.

Rogers said although most countries have signed the United Nations Convention on the Law of the Sea (UNCLOS), which governs the behaviors that countries can undertake at sea, some countries have ignored rules and regulations they subscribed to in the past. That is the problem for all countries, not just those around the East Sea, he said.

The British expert acknowledged the importance of regional coordination for maritime security in the East Sea as proposed by Prime Minister Pham Minh Chinh, pointing out that this should be facilitated not only in the UN, but also in ASEAN, particularly in relation to regulations of the Code of Conduct of Parties in the East Sea. He also pointed to the necessity for a coordination mechanism that encourages countries to uphold important maritime norms established through the UNCLOS system.

He agreed with the Vietnamese PM's point that regulations and conducts of states at sea must comply with both the UN Charter and UNCLOS system, saying that any additional future policy or proposals in relation to the East Sea security and maritime rights must correspond to these rules and regulations that the countries have subscribed to.

He said it is very good seeing Vietnam as an important regional power and close partner with many different countries in the world, including the UK, taking the lead in bringing this issue to international attention. He also acknowledged the role of Vietnam and its support and leadership in dealing with security issues in the East Sea, given the country's important location off the waters.

Regarding maritime security cooperation between Vietnam and the UK, Dr. Rogers said the two countries will have many different opportunities in the coming years given the UK's increasing presence in the Indo-Pacific region.

He said the UK's deployment of the carrier strike group (CSG 21) in the region demonstrates that the country is undertaking its tilt towards the Indo-Pacific, which was put forward in the UK government's integrated review of security, defence, development and foreign policy released in March this year.

He pointed out that the UK understands the strategic significance of the Indo-Pacific and the East Sea in Southeast Asia in particular, and therefore, takes the region seriously when deploying its largest and most powerful maritime group into the region.

As the UK intends to deploy later this year two patrol vessels permanently into the region beyond the periodic deployment, which will interact with regional partners, of which Vietnam is an important one, Rogers said he sees the prospect for enhancing Vietnam-UK cooperation, given the two countries have similar interests in relation to maritime security and in the East Sea./. 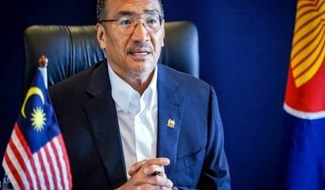 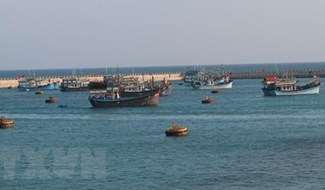 Berlin (VNA) – Dr Gerhard Will, a German expert on the East Sea, stressed that the Permanent Court of Arbitration (PCA)’s ruling on the Philippines’ lawsuit against China holds a solid legal basis and high value in the settlement of disputes in the East Sea.