(QNO) - Paris (VNA) - The United Nations Convention on the Law of the Sea (UNCLOS), also known as the Montego Bay Convention that made its way in the world on December 10, 1982, was a great step towards maintaining the freedom of navigation and has served as a basis for the development of marine activities and ocean conservation, said former Vice Admiral of the French Navy Patrick Hebrard.

Talking with the Vietnam News Agency (VNA)'s resident reporter in Paris, Hebrard, who is also an associate research fellow at the Foundation for Strategic Research, said one of the biggest advantages of the 1982 UNCLOS is the establishment of a balance between sovereignty claims of the coastal states and ensuring the freedom of navigation at sea.

According to the 1982 UNCLOS, the international seabed is considered a heritage of humanity. The International Seabed Authority (ISA) is developing a Mining Code to regulate exploration, search and extraction of ores in the international seabed. The 1982 UNCLOS also mentions the conservation of seas, including international waters or those within the jurisdiction of states. Its Article 192 stipulates that “States have the obligation to protect and preserve the marine environment”. Through the principle of binding responsibility, the Convention establishes a continuum between national heritage and human heritage, he said.

Hebrard added that there should be supplements to the 1982 UNCLOS, at least in three areas, including maritime safety and combating threats and smuggling in international waters; sustainable development concepts in environmental protection; and regulations on territorial waters which have different interpretations leading to disputes among countries.

Though the 1982 UNCLOS needs to be perfected, it is still the basis for the development of marine activities and ocean conservation and should be respected by all member states, he said.

Vietnam is one of the 12 founding countries of the UNCLOS Group of Friends that was set up in June 2021 and now has over 100 members.

Hebrard said the group's establishment aims to share correct views and behaviours among its member states, making the Convention more widely known. Regular meetings among countries could create mutual understanding and build common knowledge about the consequences of global warming and peaceful settlement of disputes. The Group also offers new proposals to improve or further develop the 1982 UNCLOS./. 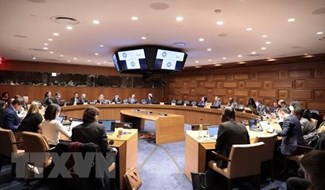 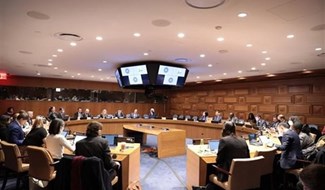 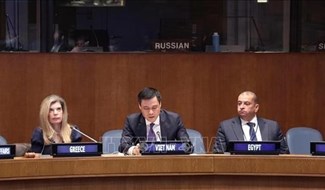