After learning about hydroponic vegetable growing techniques in greenhouse, Mr. Vo Trong Nghia started to implement this model with 60m2 in June 2021.

He bought materials and himself installed a greenhouse with a hydroponic system to grow different vegetables such as salad, mustard green, leaf mustard, cucumber, bok choy…

After about 35 days, he harvested the first 200kg batch of vegetables and sold them via social networks.

So, he decided to invest more than 300 million VND to expand the hydroponic vegetable growing area to 500m2.

Mr. Vo Trong Nghia said growing hydroponic vegetables in greenhouses has many advantages, especially adaption to severe weather such as droughts and floods like arid soil in Que Son.

The nutrient source for vegetables is also very low thanks to the circulatory system. Pests and diseases are also significantly limited.

In recent crop, he has harvested more than 1 ton of vegetables. Each crop, he earned at least 40 million VND. His vegetables are clean and fresh. He hopes to expand his vegetable farm to 2,000m2. 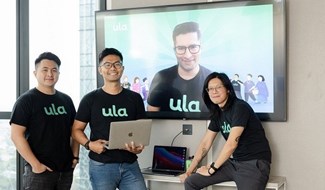 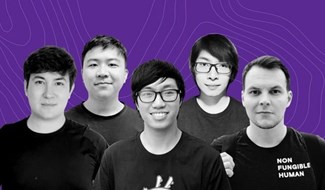 (QNO) - Axie Infinity is a blockchain-focused game that has just been valued at over USD 2 billion. Three of the co-founders of the game are Vietnamese. 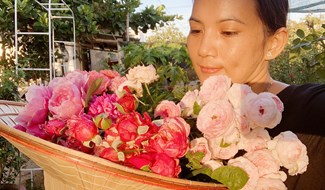 (QNO) - Nguyen Thi Phuc, who is living in Trang Suoi hamlet (Cam Ha commune, Hoi An city of Quang Nam province), has a great passion for the queen of flowers- rose.