During 4 years of working in Japan, Trieu Quy Nam accumulated experiences and began his start-up in his hometown in 2021.

He cooperated with one of his friend- Le Tan Phap to build the hydroponic farm equipped with Nutrient Film Technique.

The farm covers an area of 620m2, including 9 frames with 1560 holes for vegetables. About 130-150 kilos of vegetables is harvested in each frame.

Reportedly, the cultivation of vegetables in the farm is done by using high technology that helps the vegetables grow well with less pests and diseases and without weather impacts.

They are now well consumed thanks to their good quality and safety.

However, Nam and Phap are also worried about their output because of excess demand.

As a result, they want to enlarge their farm and present their products to the public. At the same time, the farm with a larger scale will provide jobs for the locals.

So, they need the support from the local government. 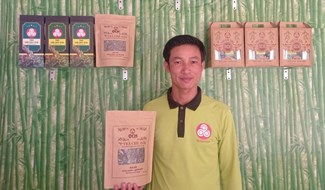 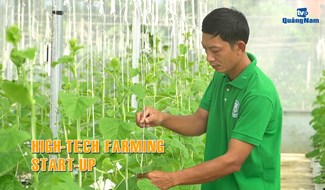 (QNO) - Que Son Hi-tech Farming Cooperative (Dong Phu town, Que Son) is home to young people with the love of modern farming methods. They have enough knowledge, skills, and bravery to invest in agricultural production and to distribute their agricultural products effectively. 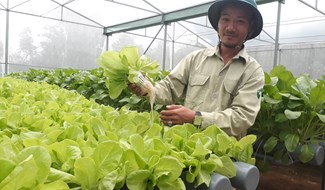