At the meeting, Mr. Cuong talked about the recent provincial socio-economic development, especially in the post-COVID-19 period.

He also mentioned the success in the National Tourism Year - Quang Nam 2022, the event attractive to both local and international visitors.

Besides, on the occasion of the 30th anniversary of the Vietnam - South Korea diplomatic relations (1992-2022), different activities were held in Quang Nam, including the National Taekwondo Clubs Championships - Korean Ambassador Cup 2022, and South Korean Days in Quang Nam - Hoi An 2022.

Currently, there are 56 Korean projects with a capital of over USD 864 million in Quang Nam.

The government of South Korea has also provided Quang Nam with ODA funding through health and education projects. Furthermore, annual non-governmental aids are more than 500,000 US dollars.

It is remarkable that South Korea is implementing the USD-10-million project on building a smart urban valley in Central Vietnam in Tam Ky city.

Quang Nam is now having friendly cooperative relations with three localities and a partner in South Korea.

They are Osan and Yongin cities of Gyeonggi province, Gwangyang of Jeonnam, and Dongduk Women’s University.

On this occasion, Chairman of the Quang Nam provincial People's Committee Le Tri Thanh presented a certificate of merit to the South Korean Consulate General in Da Nang city in recognition of their contributions to the local socio-economic development.

He highly appreciated the provincial control and prevention of Covid-19, and the efforts to achieve the local socio-economic recovery and development.

Kang Boo Sung promised to do his best to speed up the cooperation and  cultural exchange between Quang Nam and South Korean localities, to encourage South Koreans to travel to Vietnam, especially to Hoi An ancient town.

At the same time, Mr. Kang said he would support Quang Nam to introduce Quang Nam tourism potential to people in South Korea.

He hoped Quang Nam to keep on facilitating South Korea’s important activities in cultural exchanges and investment attraction that will be held in Central Vietnam in the time to come. 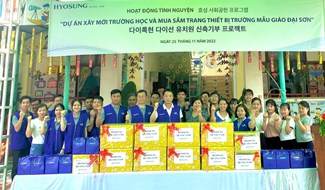 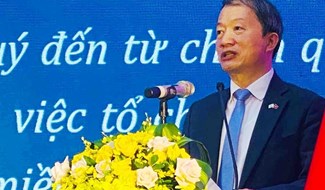 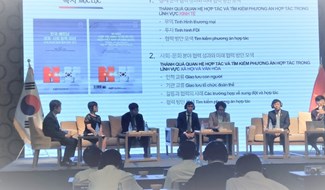