Present at the event was Party Secretary and Governor of Sekong province Lechlay Sivilay.

Besides, the exchange should frequently be held in order to develop the friendship, solidarity and cooperation between Phu Ninh and Tha Teng, Quang Nam and Sekong, and Vietnam and Laos.

It also helps to facilitate the economic development in the two parties.

On this occasion, Secretary Phan Viet Cuong visited the Laos- Vietnam Friendship School and the Vietnamese Association in Sekong district.

The Laos- Vietnam Friendship School was built with the support from businesses and provinces in Central Vietnam.

It came into operation in the 2010-2011 school year. There are now 500 students, including 100 Vietnamese, studying at the school.

He also desired the quality of the Laos- Vietnam Friendship School to be continuously improved, meeting the increasing demands of society.

Then, the delegation of Quang Nam province visited Huay Xai School in Tha Teng district. It was built with the support from Phu Ninh district.

At the same time, the delegation visited and gave gifts to Mrs. Kanchia in Sekong province- a witness of the solidarity and mutual affection between Vietnam and Laos. 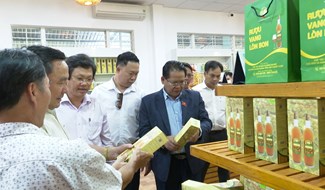 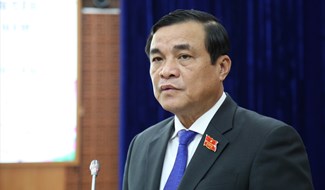 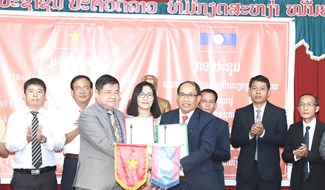