At the meeting, Party Secretary Cuong extended his best wishes to the people and authorities of Sekong province and hoped Sekong in particular and Lao People’s Democratic Republic in general to achieve more prosperity.

At the same time, he wished the special Laos – Vietnam, Sekong - Quang Nam friendship and solidarity to be better.

On this occasion, Quang Nam’s leaders visited and sent New Year's greetings to the families of former leaders of Sekong province.

Party Secretary Cuong acknowledged their contribution to the relationship between two nations and localities. He hoped they continue to cultivate and better the Vietnam-Laos relationship. 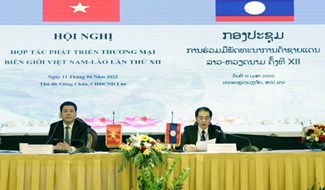 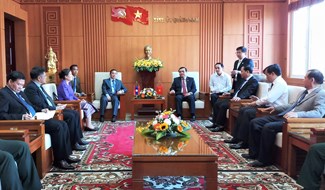 (QNO) - The friendship between Vietnam and Laos in general, Quang Nam and Lao localities in particular, has been more and more developed thanks to the Vietnam- Laos Friendship Association in Quang Nam province.