At the meeting, Chairman of the Board of Directors of THACO (Truong Hai Auto Company) Tran Ba Duong informed his guests of the agricultural development project in Cambodia.

At the same time, he thanked Cambodian leaders for helping and supporting THACO’s investment in Cambodia such as export procedures, tax policies, and promotion of large-scale organic and circular agriculture.

In addition, Mr. Hai hoped the Cambodian Government, agencies and people will continue to support THACO’s investment, especially in agriculture, mechanics and manufacturing...

He believed that the friendly cooperation between Vietnam and Cambodia, THACO Chu Lai and Cambodian localities will be stronger in the coming time.

Men Sam An - Cambodian Deputy Prime Minister, Minister of the NA - Senate Relations and Inspection, and Chairwoman of the Cambodia - Vietnam Friendship Parliamentarian’s Group said she was impressed by THACO’s manufacturing and assembly. She hoped THACO to get more achievements in the next time.

Her country always welcomes and creates favorable conditions for Vietnamese firms, including THACO to operate and expand their investment in Cambodia. 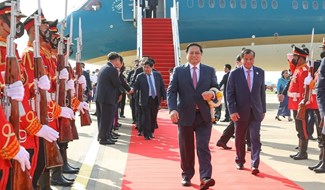 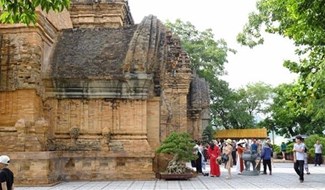 Phnom Penh (VNA) – Vietnam has become the most favourite destination in Southeast Asia among Cambodian travellers since the beginning of 2022, Cambodian-based electronic news outlet Thmeythmey reported on September 10.