(QNO) - VinFast signed a Memorandum of Understanding (MoU) on building its first factory in North Carolina on March 29, 2022.

The construction should begin this year as soon as the company gets permits.

The initial investment will be USD 2 billion. The factory is expected to come into operation by July 2024 with a capacity of 150,000 units a year.

According to the MoU, VinFast will continue to invest in the factory in future phases.

According to North Carolina Governor Roy Cooper, VinFast’s transformative project will bring a lot of good jobs to the state, making the environment healthier as more electric vehicles on the road will help reduce greenhouse gas emissions.

North Carolina Commerce Secretary Machelle Baker Sanders said the state will work hard to make sure VinFast can find a skilled workforce they need for the factory development in North Carolina.

The project in North Carolina affirms VinFast’s plans for investment and development in international markets in general and the US in particular. It also ensures VinFast’s self-reliance in global manufacturing.

VinFast- a member Vingroup was founded in 2017. It is the only premium Vietnamese car producer with first three car models, putting the factory in Vietnam into operation within 21 months.

Then, three new EVs (VF5, VF6 and VF7) were introduced at the 2022 Consumer Electronics Show, which combined with the earlier models allows the company to serve all five major vehicle segments, from small crossover to large SUV.

Besides the U.S., VinFast aims to start delivering cars in Canada, Germany, France, and Netherlands. 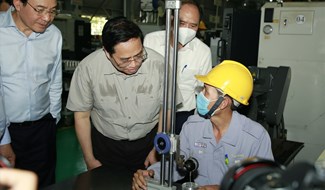 Towards a new generation of Thaco

(QNO) - Truong Hai Auto Corporation (Thaco) has to plan for a new generation in the 4th industrial revolution. 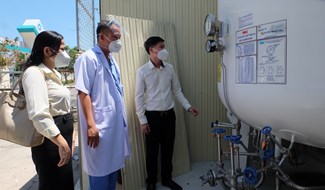