(QNO) - A forum to connect businesses in Quang Nam and enterprises owned by overseas Vietnamese (OVs) in Thailand was organised on July 5 in Hoi An city by the Quang Nam provincial People’s Committee and the Vietnamese Embassy in Thailand.

According to Vietnamese Ambassador Phan Chi Thanh, there are more than 100,000 Vietnamese people living in Thailand (the actual number may be 300,000).

So, it is a very important bridge to connect businesses between the two countries of Thailand and Vietnam in general, Quang Nam and Thai localities in particular.

There are 500 enterprises inside and 500 outside the Thai - Vietnamese Business Association in Thailand, mainly in small and medium size in various fields such as agriculture, industry, food processing, import and export, logistics, hotel...

Reportedly, Thailand is a major economic partner of Vietnam, and the 9th largest foreign investor in Vietnam with over 600 projects worth more than 13 billion USD.

Thailand is also Vietnam’s largest trading partner in ASEAN, with two-way trade hitting 19.5 billion USD in 2021, and 5 billion USD in the first quarter of 2022. The two countries are striving to lift trade to 25 billion USD by 2025.

However, up to now, there have just been 4 projects invested by Thai enterprises in Quang Nam with a total registered capital of more than 43.4 million USD in two main fields: agriculture, processing and manufacturing industry.

Therefore, the forum is an opportunity to connect Thailand’s and Quang Nam’s businesses, strengthen their partnership, attract more enterprises owned by OVs in Thailand to Quang Nam.

Vietnamese Ambassador Phan Chi Thanh said, it was the first time the Vietnamese Embassy in Thailand has organised a programme to connect businesses owned by OVs in Thailand with Vietnamese businesses at home, thereby promoting economic cooperation between Vietnamese localities and Thailand.

Speaking at the forum, Chairman of the Provincial People's Committee Le Tri Thanh said, the economic scale of Quang Nam province reached more than 102.6 trillion VND in 2021, equivalent to 4.5 billion USD, more than 40 times higher than in 1997, ranking the 2nd among 5 provinces and cities in the Central key economic region of Vietnam.

“We are looking forward to connecting with foreign businesses as well as enterprises owned by Ovs who want to participate in investment, trade exchanges, tourism development to contribute to the growth of Quang Nam province” – Chairman Thanh said. 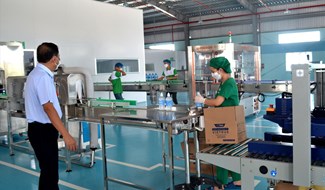 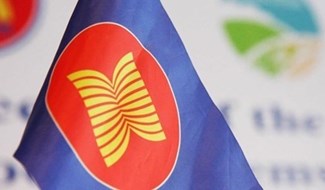 Kuala Lumpur (VNA) – With its young population that promises a vibrant economy, the Association of Southeast Asian Nations (ASEAN) will continue to be a supportive and attractive investment destination in the long term, UOB Asset Management Malaysia Chief Executive Officer Lim Suet Ling has said. 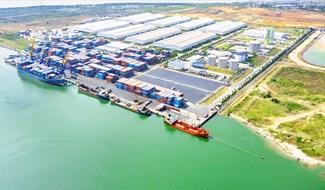 Calling for investment in seaports and logistics services

(QNO) - The Quang Nam Industrial Zone Authority (QNIZA) is calling for investment in seaports and logistics services in the province. 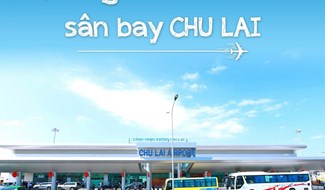 Plans for investment attraction to the eastern region