It is considered as one of the busiest roads in Central Vietnam with a lot of high-class tourism projects such as Hoiana integrated resort, Vinpearl Nam Hoi An among others.

These projects coming into operation provide jobs for thousands of people and better the local lives.

Along with Da Nang – Quang Ngai Expressway and National Route 1A, the expansion of Vo Chi Cong boulevard from Hoi An, through Tam Ky, to Chu Lai airport (Nui Thanh), then connecting with Quang Ngai will help to create an interregional transport connectivity, promoting economic development of the Central coastal region in general and of the eastern region of Quang Nam province in particular.

At the same time, Vo Chi Cong boulevard will also support the provincial development in tourism and industry.

Quang Nam is planning to build its eastern region to become the most developed area in Central Vietnam with synchronous infrastructure for the development of a coastal urban chain, a center for tourism and services, a space for clean industry and hi-tech agriculture.

At the same time, the local cultural and historical values are preserved and promoted in combination of ecosystem recovery and response to climate change. 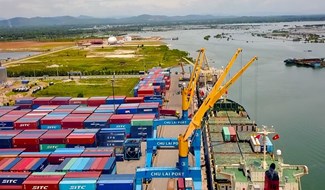 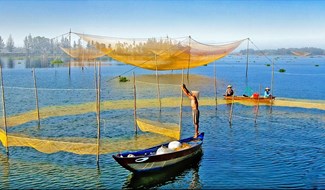