(QNO) - The EU-Vietnam Free Trade Agreement (EVFTA), coming into effect on August 1, 2020, has produced initial positive results, which become a strong motivation to promote the Vietnam - EU cooperation relationship in the coming time.

In the first 6 months of 2021, the rate of EVFTA tax incentives for exports was up to 29.09%. Many key export agricultural and forestry products of Vietnam had a significant growth compared to the same period of 2019.

Generally, in the first 6 months of 2021, the trade value between Vietnam and the EU reached 27 billion USD, an increase of more than 18% compared to the same period of 2020, a significant achievement in the context of the global coronavirus epidemic.

Since EVFTA was put into effect, Vietnam has actively and proactively carried out its commitments, creating favourable conditions for the business community in particular and the economy in general to take advantages of this new-generation free trade agreement.

According to President of the European Chamber of Commerce in Vietnam (EuroCham) Alain Cany, currently, governments all over the world are focusing on fighting against the coronavirus epidemic.

While coronavirus vaccine helps prevent a global health crisis, free, fair and rules-based trade will help combat a global economic crisis. For Vietnam and the countries of the European Union, the EVFTA will be one of the most important tools.

Vice President of the European Commission and Commissioner for Trade of the European Union Valdis Dombrovskis said, trade between the two parties has increased significantly in recent years and continues to develop in a positive direction.

The EVFTA not only creates favorable conditions for businesses but also promotes social values for the both sides. 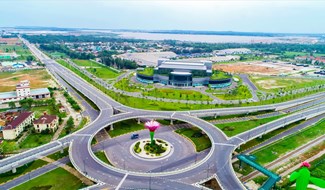 (QNO) - EVFTA (The EU-Vietnam Free Trade Agreement) is the first FTA that has been signed by EU and a developing country in the Asia-Pacific region. It is a comprehensive, hi-quality agreement with a deep and broad commitment.