(QNO) - An online meeting between the European Chamber of Commerce in Vietnam (EuroCham) and three localities in Central Vietnam, including Thua Thien Hue, Da Nang and Quang Nam, was held on June 3.

At the meeting, Quang Nam, Da Nang and Thua Thien Hue talked about their potential for investment attraction through detail policies. All three localities focused on green economic development.

EuroCham is also interested in the policies, mechanisms and orientations for sustainable development three localities presented.

At the same time, the meeting discussed more about the linkage between EuroCham and these three localities, especially in effective exploitation of the European Union–Vietnam Free Trade Agreement, technology transfer, technical assistance, and farmers’ capacity improvement, etc.

The meeting is considered as a chance for the linkage between EuroCham and three Central localities, facilitating the cooperation between European businesses and these three localities.

The linkage and cooperation between EuroCham and Central localities was expected to be more and more expanded and developed. 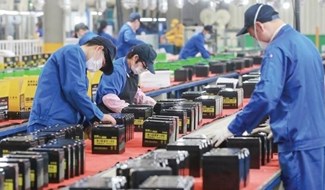 (QNO) - The Quang Nam provincial People’s Committee has just announced a plan for socio-economic recovery and development adapting to the Covid-19 prevention and control until 2023.