(QNO) - Several industrial parks have been built and put into operation in Quang Nam, contributing to local job creation and socio-economic development after 25 years of re-establishing the province.

In the past 3 years,  industry averagely contributed 13 trillion VND to the state budget each year and created more than 61,000 jobs.

It can be affirmed that industrial parks have created an important boost in stable socio-economic development of Quang Nam province.

According to Mr. Le Vu Thuong - Director of the Management Board of Economic Zones and Industrial Parks in Quang Nam province, industrial and economic zones are also to shift the local economic structure from agriculture to industry and services. 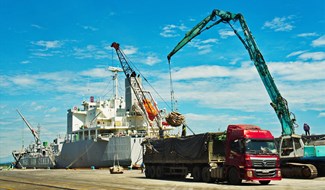 (QNO) - Quang Nam provinvce has been making every effort to foster economic innovation, creating a breakthrough in its economic structure to become a well-developed province in the region.